Thailand’s King Bhumibol Adulyadej has passed away  aged 88, ending seven decades on the throne during which he became a unifying father figure and rare source of stability in a country that has weathered more than a dozen coups since he came to power in 1946 aged just 18. 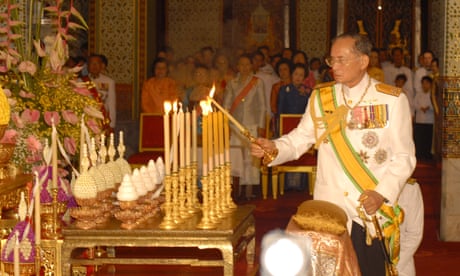 Read more
A statement from the royal household bureau said Bhumibol, who was the world’s longest-reigning monarch, “passed away peacefully” at 3.52pm (8.52am BST) on Thursday at Siriraj hospital in Bangkok.
October 13, 2016amuletsthai88

Want To Know What Is Best For You ? What's App Us Now

Going Thru a Rough time?
Problems you cant solve?
Feeling that the whole world is crashing down on you?
Just need that Helping hand?
Want Your Life To Get Better?

Not Sure Whats Suitable For Your Situation?

Drop us an Email we would then recommand you the most suitable amulet for you to the best of our knowledge.

We can and will delivery worldwide.Payments method could be arranged

Coffin , Medicine , Social Welfare And Various Aid To The Needy

Provide Food For The Needy

Donate To The Children's Society Care For The Future

Whatever you want to do, do it Today!

Whatever you want to be, work towards it today!

Whatever you want to have, go for it today!

When it comes to the important things in life, dont wait till tomorrow.

Tomorrow may not come!

No great man ever complains of want of opportunities.

A wise man will make more opportunities than he finds.

There are two things to aim at in life; first to get what you want, and after that to enjoy it. Only the wisest of mankind has achieved the second.

We Are A Certified Company

We Are Paypal Verified